Quick, grab a BUILDZI block and start building. Be the first to build your tower, but — careful — don’t let it tumble.

The speed building game! Buildzi is a game for 2-4 players full of fast stacking, nerve-racking gameplay! 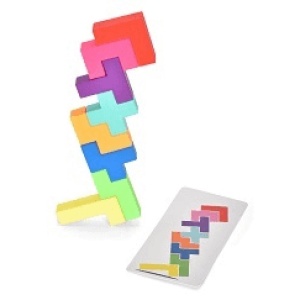